The Democratic Administration that President Biden has put together promises to be much tougher on business. It will take trained professionals with legal litigation enforcement experience to navigate many of these issues.

As we move steadily into the second month of the Biden administration and his cabinet nears its final appointments, what implications will we see on the forensic litigation market?

As is typically the case with a Democratic administration it is fair to expect greater regulation and stronger enforcement, especially regarding antitrust. But with both the Senate and House under Democratic control, this could pave the way for President Biden’s chosen leaders to drive poignant and harder-lined legislation and enforcement. It is also important to note that Biden won the election by a slimmer margin than President Obama, which means we should expect delegation and reliance on his selected leaders to spearhead the majority of enforcement agendas.

While Biden has expressed moderate stances, however, his selected leaders have demonstrated strong track records of heavy enforcement and antipathy for Wall Street.

DOJ: Merrick Garland has been chosen as Biden’s Attorney General nominee and recently completed his confirmation hearing - receiving bipartisan support. Garland has experience in the DOJ under the Clinton administration and has a track record of following past precedent and paying close attention to statutory text. A testament to this, Garland has previously stated that he does not believe there should be two sets of rules: he is a judge’s judge. This has led to a track record where more often than not he has sided with the federal agencies in cases challenging regulatory actions. Regardless of Garland’s confirmation or stances, we are sure to see a much different DOJ than we have over the past four years, with President Biden’s commitment to the traditional, independent role of the DOJ. President Biden has said: "[Garland] won't work for me," Biden said. "[Garland is] not the president's or the vice president's lawyer. [His] loyalty is not to me. It's to the law, the Constitution."

Under the Garland-Biden DOJ, we will most likely see more emphasis on financial and corporate fraud. With the context of 2020 and the depressed economy, the DOJ will likely be targeting recession-related fraud like accounting fraud. We can also expect to see higher scrutiny from the DOJ in respect to mergers – even re-review of mergers from the Trump administration where possible. Notably, standards that have recently been applied to big tech are likely to be extended to other industries (especially pharma).

SEC: Biden did not nominate Warren as many Wall Street leaders were concerned, however, he has instead selected Gary Gensler to head the SEC. Gensler has a reputation as a tough regulator and his 18 years at Goldman Sachs means he has a strong understanding of the inner workings of the banking industry. During his time with Goldman, he was a loyal follower of Robert Rubin and supported the deregulation of Wall Street in the ‘90s. However, after the ’08 crash, Gensler took a strong stance on promoting regulation and cracked down on Wall Street as senior advisor to Senator Sarbanes and later again in his role as chairman of the Commodity Futures Trading Commission (CFTC).

During this time, Gensler helped craft the Sarbanes-Oxley reform act to put an end to corporate crimes such as Enron. After the passage of the Dodd-Frank Wall Street Reform and Consumer Protection Act, as head of the CFTC, Gensler led the CFTC's effort to write the rules on the swaps market, bringing new forms of regulation to the financial industry and large corporations. In his new role, it is expected that Gensler may refocus the SEC to examine alternate market issues.

Most recently, Gensler has been researching and teaching financial technologies at MIT. It is expected that Gensler will continue this focus to regulate the ever-advancing fintech space and formulate regulatory guidelines around cryptocurrency. Gensler is a strong advocate for transparency in the financial markets and will most likely create new regulations centered around disclosure. Fines will also likely spike as part of a push for stronger enforcement. According to Howard Berkenblit, a partner at law firm Sullivan & Worcester LLP, firms anticipate heighten operational and financial spend to meet increasing compliance needs for new disclosure requirements.

Treasury: Janet Yellen was unanimously confirmed to take the position of Treasury Secretary. While Yellen’s immediate focus will be to navigate the economy through an unprecedented market recovery period following the COVID pandemic, she has also outlined her stance on topics like business tax and IRS policies – including a large focus on technical corrections and IRS resources to increase the effectiveness of already published legislation.

The large takeaway here is that Yellen will focus on reducing loopholes in the current tax code while balancing the negative impact that this could have on American business in a competitive global economy. We are likely to see tougher to navigate policies, an increase in domestic investment, and the institution of new taxes as the economy stabilizes.

CARES Act: Yellen has stated that the repealing of the CARES Act NOL provisions will most likely only happen after the stabilization of the economy. However, we are likely to see more emphasis on the False Claims Act and an uptick of actions akin to those seen during the Obama-era. As a result, businesses will be able to take advantage of net operating loss provisions granted during the pandemic but will have to be especially careful to avoid pursuing false claims.

CFIUS: The government will likely remain open to foreign direct investment especially as the economy faces challenges stemming from the COVID-19 pandemic. However, the Biden administration will also most likely maintain some of President Trump’s skepticism to investments from countries, like China, that are considered economic competitors – investments in technologies involving large amounts of personal data will be especially scrutinized.

Under the Trump administration, many of the economic agencies often relinquished focus on their agency goals in order to prioritize national security. While national security will remain a focus, the agencies will likely return to concentrating on their individual goals and return to the traditional balance of the CFIUS committee. This could result in a much more thorough and predictable process for the review of individual cases, but also a longer timeline for these cases to be processed.

Firms operating in this space will need to have strong litigation experts looking over their investments and transactions. Investment parties will need to consider complicated potential national security considerations at the outset of potential transactions. National security considerations are becoming more and more complicated and can develop in the future from seemingly benign investments. Therefore, during the approval process, it will be advantageous for investment parties to hire experienced litigation professionals that can anticipate potential security concerns and address them in the transaction agreements with various mitigation measures.

The Democratic Administration that President Biden has put together promises to be much tougher on business. It will take trained professionals with legal litigation enforcement experience to navigate many of these issues. Stricter antitrust enforcement is expected to lead to an increased demand for professionals in litigation consulting, especially in contrast to the last four years where there has been a decrease in enforcement. RDW’s discussion with major FLC firms shares this view. Most believe that their talent requirements at the senior end will grow again towards the end of the second quarter/beginning of the third. This is especially prevalent in certain industries like pharma and health where more regulation is to be expected. These firms will often be looking to hire government professionals directly from within some of the agencies described as well as those with legal-tech experience due to their early experience with many of these issues. 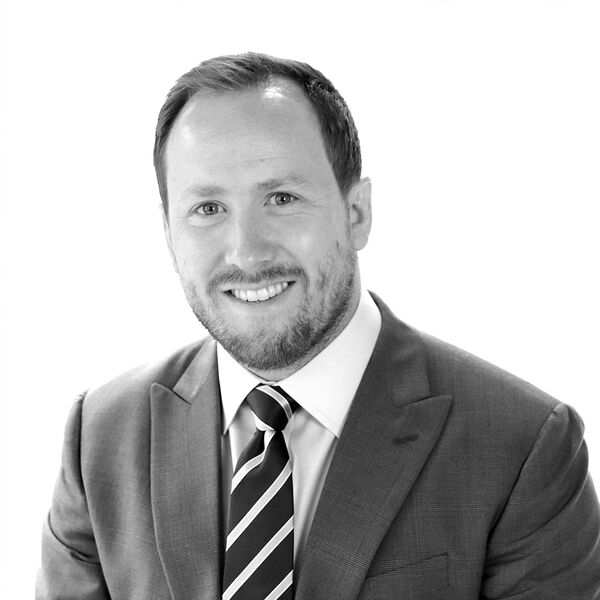